The right to leisure

Roosevelt’s example and the Greek counterexample

by Giorgos Kallis Professor at Autonomous University of Barcelona

Wouldn’t it be nice? What about 2 months paid holidays in summer? What about establishing Friday as a day-off without reducing your salary? During the Great Depression President Roosevelt showed the way forward by reducing working hours. What USA could manage then, seems impossible for modern Greece. On the contrary what leisure rights Greek workers had earned in the past are in great peril now.

We often talk about the New Deal but we tend to forget a more important reform under President Roosevelt during the period of the Great Depression. Roosevelt was the first to introduce the five-day workweek, reducing the weekly working hours from 48 to 40. It was a simple idea. If each one works less, then there will be more work for everyone and unemployment will be reduced. Employers did not like this but accepted it when Roosevelt threatened them with worse measures. The studies by Neumann, Taylor et al, published in the Economic Journal and the prestigious American Economic Review, estimate that Roosevelt’s policy created 1.1 million new jobs in the long-term (down from an initial gain of 2.7 million jobs), whereas monthly salaries were not reduced, i.e. the hourly pay increased. After the war, all advanced economies followed the example of the USA, establishing Saturday as a day off. So did Greece in 1982 in one of the first “revolutionary changes” of Andreas Papandreou’s socialist government. I still remember how happy I was the day my parents told me that school would be closed on Saturdays.

Labour rights acquired since decades are under threat today. In August, the Greek government introduced a bill that makes it possible for shops to operate on Sundays (the right for Saturday off has long since been lost) causing the reaction of the church. Judging also from news coverage, the return of a six-day workweek is part of the various packages negotiated between the Troika and the Greek government, even if “dressed up” in the more neutral terms of “flexibility” in working hours. Of course, in times of crisis and unemployment, flexibility means the right of the employer. The five-day workweek is already, de facto, a past for many employees in the Greek private sector who work many more than 40 hours a week without additional compensation. Taking the whole of August off is a distant memory for most employees, who nowadays can get a couple of weeks holiday at best.

These changes are supposed to take place in order to reduce labor costs and help the Greek economy become competitive again. There are two untold assumptions governing this idea. First of all, that the crisis in Greece is a result of low productivity making the Greek economy non-competitive. Secondly, that productivity will increase if working hours increase. Both of them are wrong, as we argue with Nicholas Ashford, Professor in MIT, in our recent article published in the European Financial Review.

Firstly, the Greek indebtedness is a result of the cheap cost of borrowing after joining the euro, itself driven by the need for cheap money to keep the GDP growing. If Greece was the only indebted country in the West, we would say that this has to do with our undoubtedly low productivity. But, indebted is also traditionally industrial Italy or the up until recently emerging powerhouse of Spain. Both Italy and Spain have extremely competitive multi-national corporations. Ireland suffers from the same crisis of indebtedness as Greece although as late as 2008 it was considered a miracle of productivity through and transition to the information economy. Indebted also are Great Britain and the USA. The bubble of easy money has nothing to do with the productivity of each country. It was the temporary solution of the capitalist system in order to keep the abnormal growth rates needed for its reproduction. The indebtedness has nothing to do with the hard work or the laziness of the citizens of a country; otherwise the Japanese would not be so indebted!

Secondly, contrary to arguments implying that Greeks are lazy and should work more, the most recent statistics of OECD in 2008 (i.e. before the crisis), suggest that the Greeks already worked more hours than any other country of the EU-15; each Greek worker worked almost 2100 hours each year compared to 1400 hours in Germany and the Netherlands, the two countries with the least working hours. Does this mean that Germans or the Dutch are lazy? Of course not. The more developed and civilized a country is, the more free hours it provides to its citizens. Long working hours and cheap labor indicate underdevelopment and dependency, not economic competitiveness.

Our study with Nicholas Ashford reviews the state of the art in statistical studies, according to which countries with less working hours damage the environment less and have happier citizens (regardless of growth levels or other socio-economic differences). The reduction of working hours not only opens new job posts but also free time for creative activities, which improve the cultural level of a country. Free time breeds innovation and new ideas, political debate, artistic creation as well as social interaction and ties, necessary for healthy societies.

Economists, the guardians of neoliberalism, who disapprove of any and all concessions to workers, have a different opinion. They do not really care about matters the environment, the mental health and life satisfaction of people or culture. They care about “the economy” and focus on how the reduction of working hours will lead to the increase of labor costs for firms. As costs increase, output will decline and so will jobs. Also as labour gets more expensive firms will have more incentives to substitute workers with machines, another avenue through which employment may decline. Indeed, studies like Neumann’s, Taylor’s et al, confirm that in the long run the employment benefits from a working hour reduction evaporate, but some extra jobs still remain (1.1 million in the case of New Deal down from 2.7). In simple words, if in theory the transition from the five-day to the four-day workweek was to create one new job per 5 employees; in fact there might be only 1 new job available per 30 employees. But even if so, we are talking about one new job! The importance of this cannot be underestimated in a period of crisis when young people are in danger of becoming permanently unemployable. Even more so, since there are many other than economic benefits from a reduction of working hours.

Partly to provoke Karl Marx, his father-in-law, Paul Lafargue once argued that the working class should not fight for the right to work, but for the “right to laziness” that up to then was the privilege of capitalists only. The forefather of the degrowth movement, Andre Gorz, developed this idea theoretically, arguing that socialism cannot come from the collective control of the means of production, since a certain degree of alienation of employees from their product and the administration of production is inevitable in complicated assemblages of production. It is only through the reduction of wage labour that workers can finally set themselves free.

Keynes once had predicted that his grandchildren would work 15 hours per week thanks to the upcoming technological progress.Many thinkers in the early 80s were also talking about the “end of work”. The technological progress Keynes foresaw did materialize but the last two to three decades we have been working more and more. Why? Because making profits requires that there is a cheap labour to draw profits from. Liberating labour from work will mean the end of profits.

Will Keynes’ prediction become true and will we all benefit from technological progress and work less and less or will we return back to the 19th century with large numbers of people unemployed or employed in inhuman conditions while a few rich lazy ones enjoy leisure? In Greece, parties of the Left, some social movements (plano30900.gr) and even the church are raising their voices against the offense of capitalism on free time. How many hours we will be working in a few years? It depends on the success of their struggle and ultimately it is up to all of us. 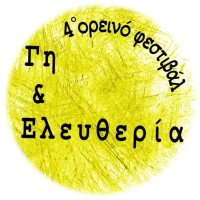